Basements often have problems with damp. Heat rises and so the lowest level in a property tends to be the coldest and the dampest. There’s also an issue with the fact that they’re below the ground level, so there’s plenty of moisture in the earth that surrounds the basement level.

Given that basements are below the water table or certainly below ground level outside, they run the risk of getting flooded. The idea here is that with excessive rain or flooding, or a particularly long and violent storm, it’s possible for the surrounding area to get so saturated that it starts leaking into the basement level. This could be through a wall that’s sprung a leak or through avenues that lead up to ground level.

How Does a Sump Pump Help?

A top rated sump pump has an engine and a sensor system that monitors continuously for the sensor getting triggered. Commonly,. A plastic or other material in the shape of a bobble hangs over the ground. Should water leak into the floor of the basement, eventually it reaches a height where the bobble will naturally start to rise with the water level; it gets forced upwards with the rising water level. When this happens, it triggers the sensor and in turn, the engine kicks on and the pump activates.

The basement sump pump is hooked up to the outside drainage system to pump collected water to outside the property. With an electric pump, as long as there’s electricity still running in the house, the sump pump should activate to start pumping out any water flooding into the basement area.

Does All Water Get Pumped Out?

The pump of this kind will pump out most of the water. It won’t get down to the last few millimeters as that’s too difficult to access for a stationary sump pump. However, the rest of the water can be mopped up or sponged off to clear it out.

What Happens If the Power Fails Too?

To deal with this eventuality, homeowners can choose to buy a secondary pump that runs on a battery that needs to be recharged regularly. This will provide a pump that will kick into gear in much the same way as the regular sump pump does. Except, it runs on battery power. It won’t run indefinitely – a couple of hours possibly – so it won’t handle a storm that runs for many hours without stopping. But it may provide a saving grace to a homeowner if they can get back home in time to sort out the electricity or turn on a diesel generator to get the main pump running again.

Do Sump Pumps Needs Maintenance by a Plumber?

Yes, sump pumps should be maintained by a qualified profession. They can check how it is operating, ensure the sensors are clear of any obstructions preventing them from registering a rising water level and resolve any parts that aren’t working. When a pump does malfunction, usually a new unit is required. That’s something to be aware of. 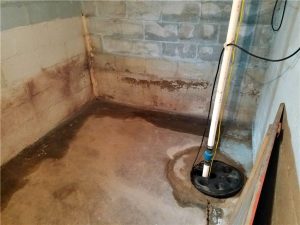 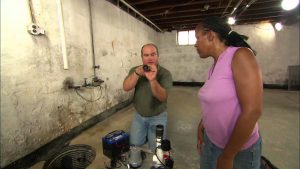 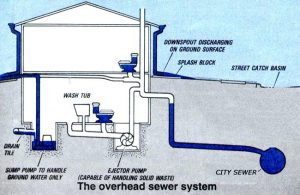